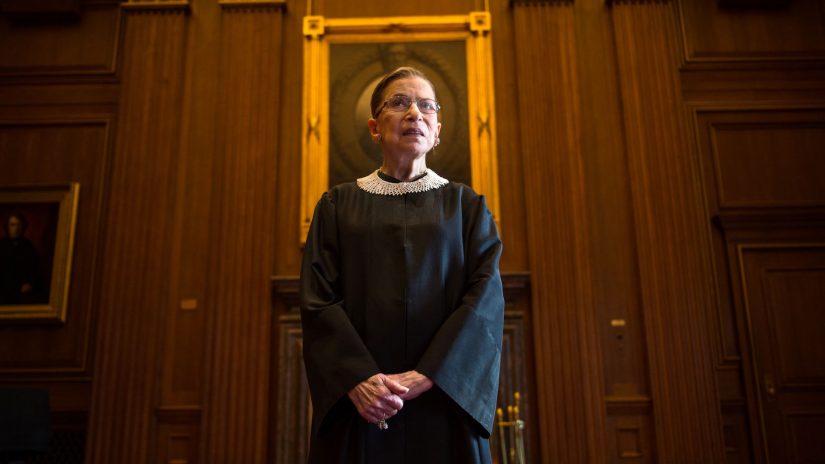 The death of Ruth Bader Ginsburg and the subsequent circus of hypocrisy that has followed has me angry and sad and has been a frontal assault to the pillar of optimism that holds up my belief system.

Justice Ginsburg’s death is a prime example of how we can spiral over things we cannot control if we do not have a core belief system to put us back on our right track.

So instead of lamenting about the farce of a process that has followed her death, I choose instead to be optimistic that people with a deep abiding belief in a core set of values continue to exist.

I choose to take heart in the fact that when we lose a person who lives a life committed to making things better, we celebrate that life.    Ruth Bader Ginsburg is the first woman in the history of our country to lie in state at the United States Capital.  She has been given that honor because she made all our lives better.  Justice Ginsburg faced tremendous adversity, but she always found opportunity in that adversity.

Justice Ginsburg found people all around her with ideas diametrically opposed.  Power never gives up without a fight, yet she always saw every argument as an opportunity to educate instead of a chance to fight.

Justice Ginsburg never saw her quest as man vs woman, but instead saw herself trying to live up to the Jefferson promise of equality embedded in our constitution.

Our daughters and wives and female colleagues have more opportunity to make our country better because Ruth Bader Ginsburg lived. She tried and succeeded in making our union more perfect.

It is rare that the oppressed fight to educate their oppressors.  When this happens we celebrate and these people become legends and icons.  Ghandi, Mandela, MLK, Thurgood Marshall, Lech Walensa, John and Robert Kennedy, Malala Yousafzai and now Justice Ginsburg all teach us that lasting change happens when the oppressors become educated to the plight of the oppressed.

I take that lesson with me as I fight to educate doctors, hospitals, judges, and jurors on how we can make things better by bringing justice to someone maimed or killed by medical malpractice. The education of ideas does not always have to be a fist fight.  I thank Justice Ginsburg for being a shining example of how to make change through peaceful dissent.

I think we can all learn from her example. I know I have.